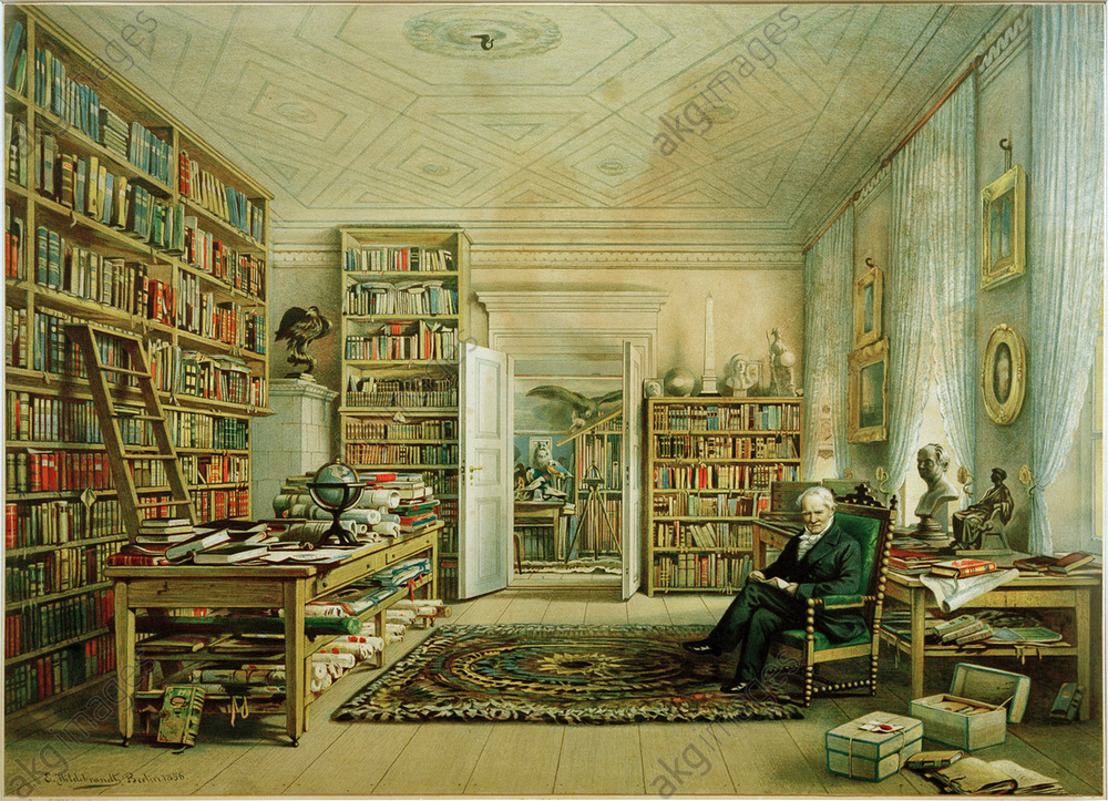 Alexander von Humboldt travelled for 5 years through the wilderness of Latin America. On 5 June 1799 he had left La Coruna, Spain, driven by curiosity and wanderlust, resigned from his secure job as a civil servant, turned his inheritance into money, and at the age of 30, obsessed with the urge to discover the world, turned his back on his homeland to sail towards an uncertain future. By today's standards, a drop-out and adventurer. On his journey Humboldt often found himself in danger of his life. In 1801 he wrote: "It is very uncertain, almost unlikely, that we will return alive".

But his quest for knowledge was stronger than anything else. In the tropical world Humboldt, the discoverer and researcher, was completely in his element. First he was fascinated by his discoveries and then he fascinated the world with his works... to this day.

Goethe enthused in 1807 after he had read the first volume of the "Geography of Plants". "Everything the best and most beautiful thing you have ever seen of vegetation in the open air comes to life again."

Humboldt's dream of a second great voyage of discovery, the exploration of the Himalayas, failed. Perhaps the open criticism of Spanish colonialism in Latin America and the vehement condemnation of slavery in his books, the British Empire, was a thorn in his side, for he was denied the long-awaited entry permit for which he had fought for years.