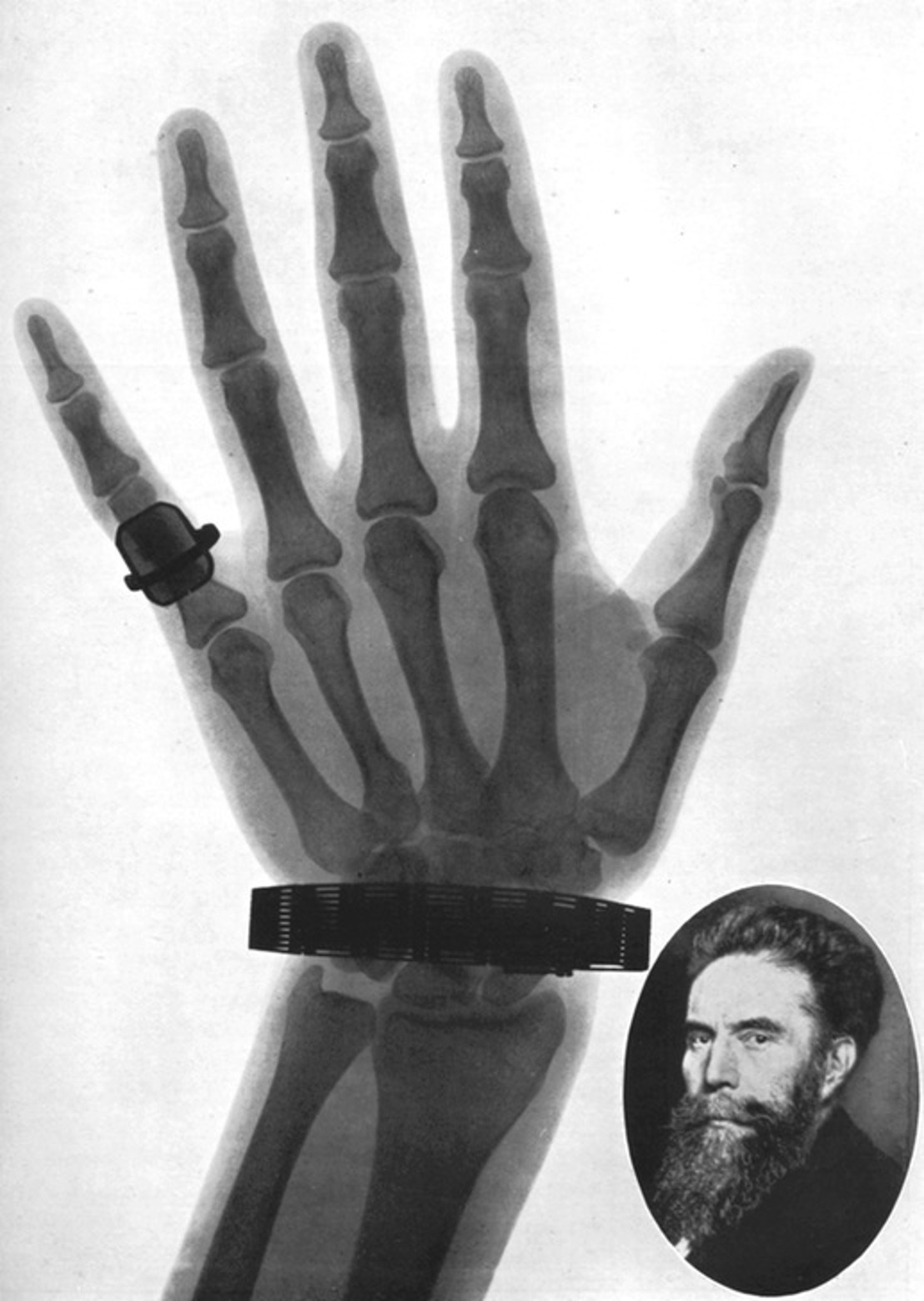 On November 8, 1895, Wilhelm Conrad Röntgen discovered the X-ray by accident.  During his experiments with cathode rays he found that a new ray, which he named “X-ray” passed through black paper.

At the time he was a professor of experimental physics and director of the Physics Institute in Würzburg. After further and very conscientious research, Röntgen published his discovery on 28 December, which was an immediate sensation.

On January 23, 1896 he presented his discovery in a public lecture at the Physical-Medical Society of Würzburg. During the lecture he make an X-ray of the hand of Albert von Kölliker in front of the audience.

Five years after the discovery of X-rays, the Nobel Prize Committee honoured Röntgen's achievement with the Nobel Prize for Physics, which was awarded to him at a ceremony on 10 December 1901. This was not the last award in his career.

The fact that X-rays pass through mass and make the inside visible, makes his discovery one of the few in physics that fascinated everyone. Above all, however, physicians were almost ecstatic because they could now finally see inside the human body - a revolution in medicine.  Additional applications of X-rays are found in other natural sciences, in art, archaeology, in security technology and in the field of materials testing.

In honour of Wilhelm Conrad Röntgen, the rays he discovered are named after him in the German-speaking world and are known only as "Röntgenstrahlen".

Click here to see the full album of X-ray imagery